Training and Playing in Europe 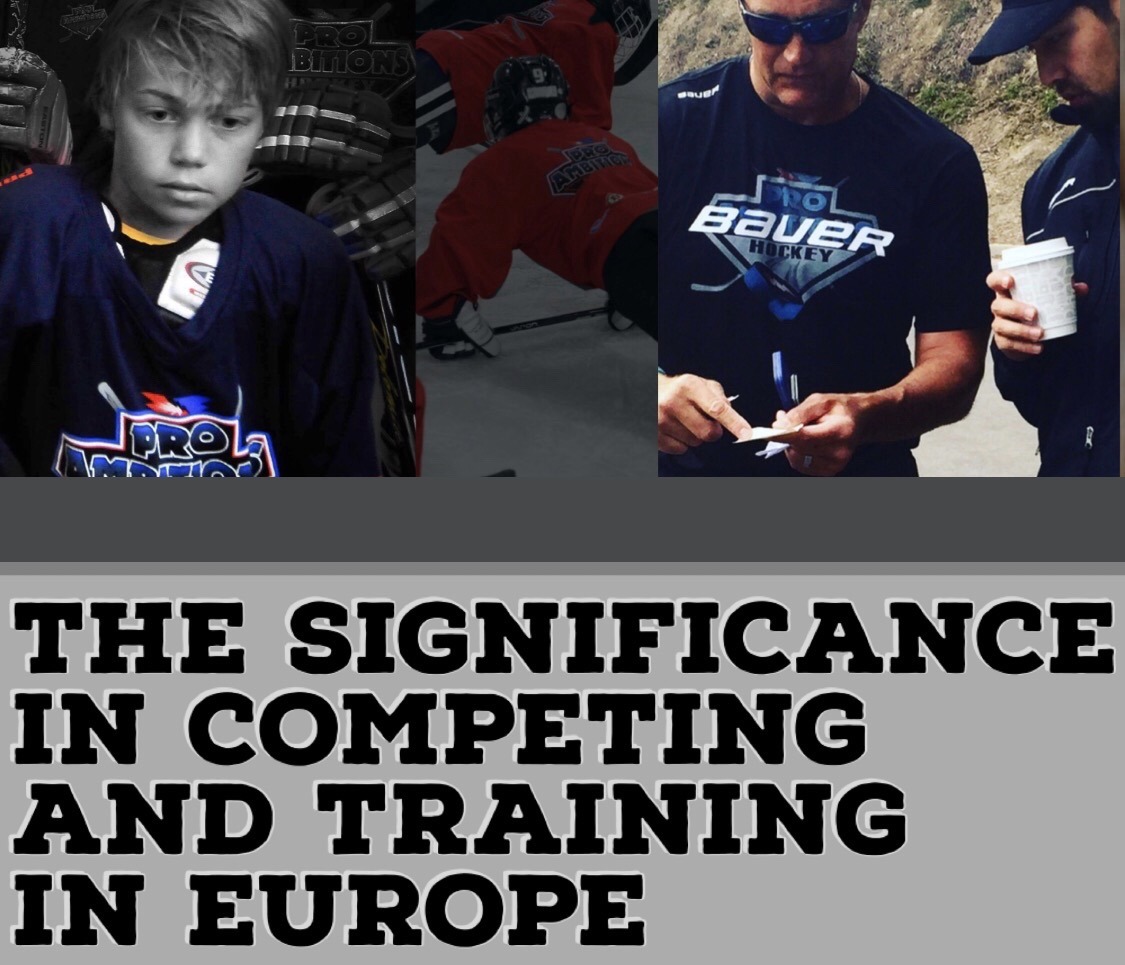 Pro Ambitions hockey has been bringing American players to compete against the youth of Europe for a decade. We form A/AA and AAA single player sign up teams from across the Nation birth years 2004-2011. We compete in Prague and Scandinavia in Late July through early August and will be competing in Bordeaux France a long weekend this May. The experiential training and value in competing and training in Europe cannot be measured by any metric. It is invaluable to your game. This summer I have teamed up with my former Pittsburgh Penguins teammate and NHL All Star, Marty Straka to train our American players in Pilsen Czech Republic which is an hour outside of Prague. Marty owns his own hockey club(rink and training facility with pub and restaurant) as well as a hotel and leagues. Rinks in Europe are private “hockey clubs” and are much larger than North American rinks. European rinks all conform to Olympic specs 200’long x 100’ wide. The difference is made up in the zones: Neutral zone- Olympic : 58’ and NHL : 50’ wide.  The stereotypical European player is a superior skater, with bangin hard sharp skills, keen eye for a pass. The stereotypical North American player is a middling skater without godly stick skills and tends to throw puck to corners and crash bang and bleed if necessary for rebounds. I am not big on stereotypes and see them being broken as the NHL is a young fast game. Note some of our young super stars like Hughes brothers entering the league this year.  I like to expose North American youth players to the bigger rinks and the European competition and now training. Europeans are beautiful skaters who are trained early on to use the larger rinks tactically. North Americans are more physical, linear and…grittier. I like to take teachings from both but will never ever forfeit our American grit.

We are still building our teams. It is difficult to maneuver play and training in Europe so we have made the experience user friendly, first class and now have finely tuned machine. Each team has a professional coach(such as NHL Analyst Billy Jaffe has been coaching for us in Prague since inception, this year he is coaching the 2010s), professional tour guide, coach bus, four and five star hotel options, full American Breakfast and at least lunch or dinner daily, tournament play and practice, excursions most notably in Prague to Terezin Concentration Camp(a significant team experience that 100 percent of parents appreciate we expose the teams to, we go in as a team, dinner cruise, fireworks gala with entire tournament and more) Please contact Jeff Serowik js@proambitions.com today to be placed on a proper level team. We have A/AA and AAA teams.