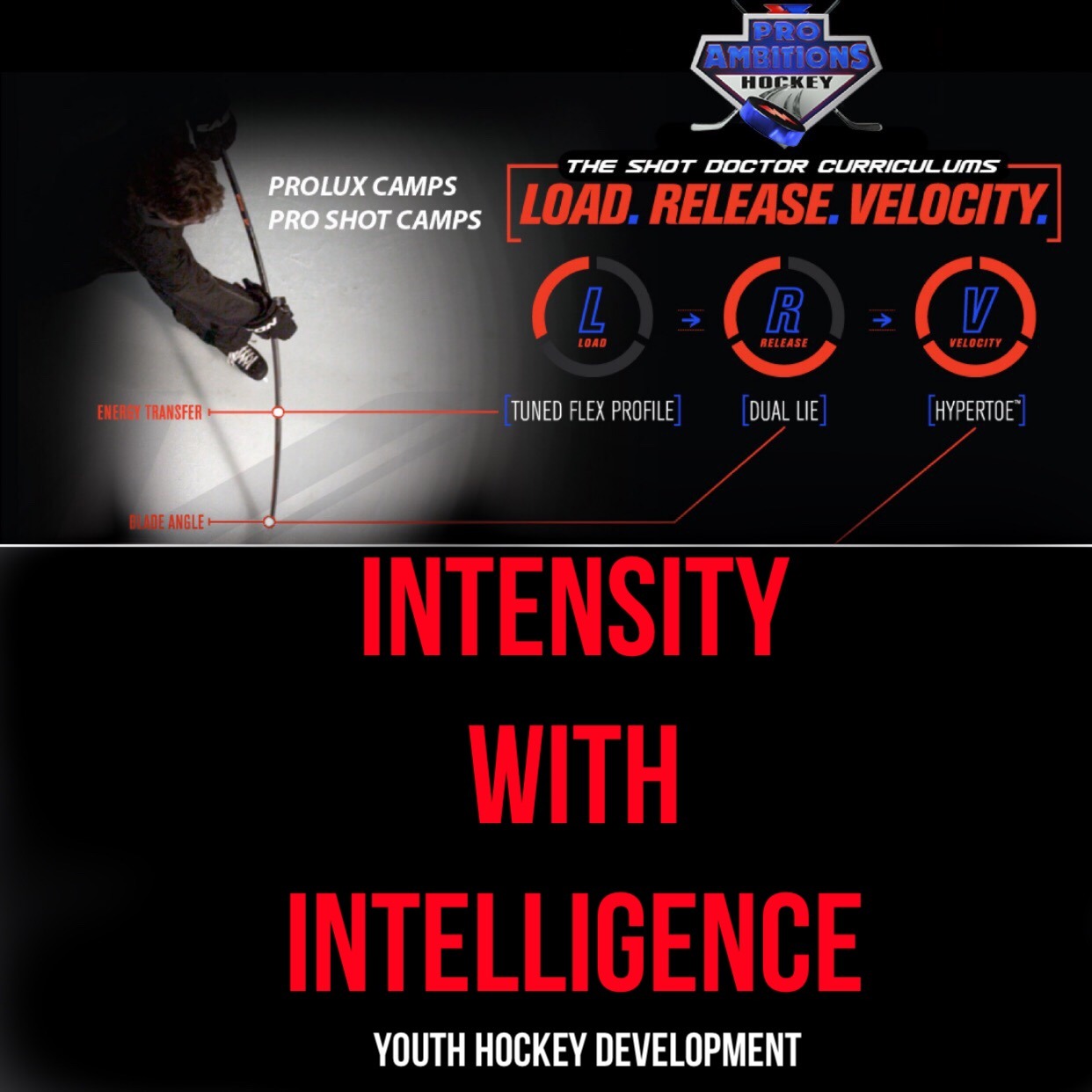 Today’s culture in sports have become addicted to fatigue. Don’t be fooled by thinking fatigue is the key to training though. Unfortunately many youth programs are misguided in this approach. Anyone can tire out kids, but training them correctly and effectively is a different story all together. The balance of intelligent training with Intensity is what you want to find in youth development. It is a fact that children are able to resist fatigue better than adults while also able to recover quicker. Kids have lower muscle mass than adults meaning they generate lower absolute power during high intensity sport training. There is a progression in hockey skill development and that is what you want to find experts who can properly articulate the fundamental skills in youth hockey. There is a right way to learn the progression of skill development and a wrong way. It is important to research camps to make sure they are accredited and have a professional curriculum with expert coaching. Our goal is for youth players to learn the hockey skills properly, work on them intensely with a lot of touches and then apply them intelligently in game situational battles. We strive for each battle camper to leave a Pro Ambitions week long camp with at least two to three skills for life, beginning with mites. As players progress in age and skill they will take more from our programs annually as their hockey IQ grows with their bodies.

A proper training program is a difference maker in any sport, especially in hockey because of the difficulty and precision in the skating aspect of the sport. Hockey is really two sports in one. Hockey training requires a lot of thought, planning and expertise. We know what works. We are the experts. We have tens of thousands of players who have reached their athletic hockey bar in playing college hockey, many playing in The NHL today. The foundation and skill development must be trained intelligently and intensely, the perfect balance.

Throughout the week at hockey camp, players will develop speed power and technique on the skill work, then we apply the skills to a game situational battle. After the initial battle is won or lost, players will immediately go in for a second battle with a second puck. Touches, no standing around, planned station work, a building block battle drill curriculum will peak at the end of the week when parents are invited to watch on Fridays both a scrimmage and skill session. We want all players to lose their battles at the beginning of the week, getting them winning them by the end of the week, moving them up as they do, pushing them out of their comfort zones to higher level players to compete against. Unbiased eyes, we believe in positive reinforcement only and do not want any campers to be nervous about attending a Pro Ambitions Camp.