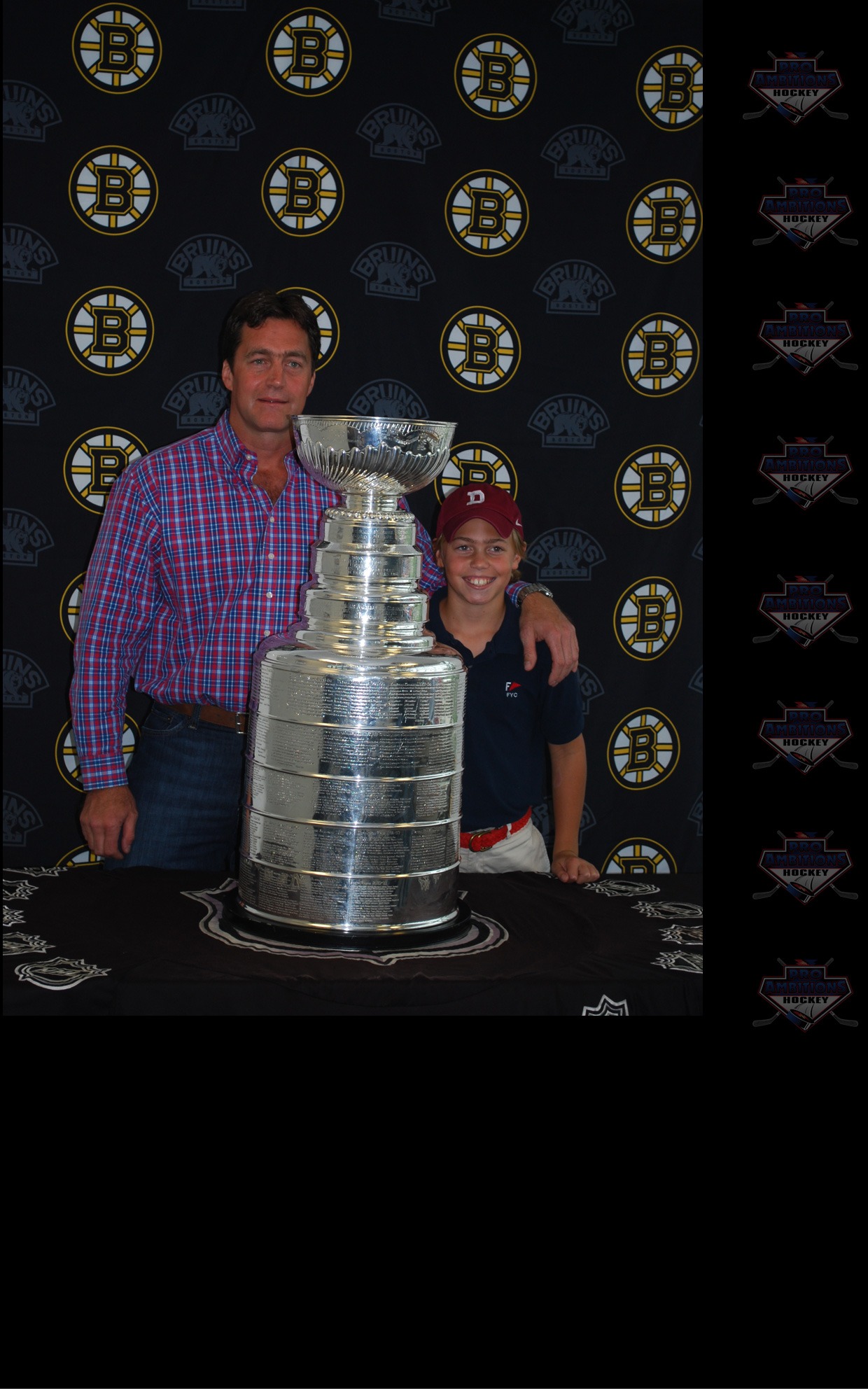 In life and in hockey, it is a good idea to regroup and take a step back to look at the “big picture” from time to time. This is a great time of year to do this as we are nearing the end of a long hockey season.
I think we all get into a rut from time to time and feel overwhelmed. Instead of simply reacting to what is thrown at you, think about pro actively creating the conditions of your life or your hockey career or hockey aspirations. Play offs, spring try out and summer camp season is a great time to regroup your game. Think about the basics which admittedly sound easy on paper but much harder to accomplish on the ice. Nevertheless, here are some things for parents, coaches and players to discuss together.

Avoiding Turnovers by Chipping the puck a little bit ahead or off the boards:
As you grow in the game you will realize more clearly that the days of stick handling up and down the ice are farther and fewer between. This is a great concept to start talking to younger players about at an earlier age. When a player is heading into traffic on the offensive end and not sure what to do, instead of trying to stick handle through the congested traffic jam of opponents or going off-sides….chip the puck a few feet ahead and SKATE FEROCIOUSLY with your line mates and regain possession yourself or one of your teammates. This is not necessarily a dump in, it is a little forward or side chip to an open space that you or your line mate can go after. Same holds true for defensemen on the defensive blue line. If your are not sure, chip the puck lightly off the boards and go after it. Over handling the puck especially on big games or tryouts is usually the kiss of death as is turnovers. LESS STICK HANDLING AND MORE SKATING WILL LEAD TO A WIN.

Forwards need to always be moving your feet:
Many times when the defensive opponents have the puck, I see three forwards gliding in for the forecheck. Don’t glide. Try to form a triangle of forwards. When the first forward is skating in hard(F1), the second forward(F2)should be following his lead and supporting his effort while being ready, and the third forward(F3) can stay high in the slot and be ready for an offensive shot as well as being ready at a moments notice to backcheck. Create pressure with your fellow forwards to gain possession of the puck while moving your feet-not waiting for the puck to come to you. If you are not moving your feet and skating then you are doing something wrong. You want to spread out an create nice shapes in the offensive zone.

Traffic in front of the net throws off the goalie:
Screen the goalie and make it hard for him to see the puck. Typically there are a few highly skilled players on a team that can weave in and out guys to get to the net. If you are a winger, do not stand still and watch this going on. I tell campers to go to the net with him or her like a pack of hungry wolves zeroing in for the kill. There will be fresh meat to be eaten in the form of REBOUNDS. Creating the busy chaotic traffic jam in front of the ice is unnerving for a goalie-he or she will have a hard time seeing everything that is going on and where a bomb is being fired from.

Take note of where your teammates are, think about what you will do if you get possession of the puck:
This is a hard thing to teach, it is a form of hockey IQ. Learn to be a smart player as young of an age as possible.

When my partner was preparing to go d to d (pass) with me in a game, I already looked up ice and saw where my forwards were so when I got the puck I knew exactly where to go with it. Same holds true with forwards, you need to have great ice awareness and know where your teammates are before you get puck. Almost like thinking a step ahead of your opponent. Communication is paramount to attain this skill.
Go back to basics when choosing your stick:
From mite to AAA prep school to Division One College hockey even pros, a lot of players are not using the right stick and curve lie for them. You need to get the right fit for your style of play. Not too much lie, too much curve, too much flex. For me personally, I use the Marc Savard stick with a 4 lie. I like to be able to use both my forehand and backhand, and have a fairly low lie that sits right on the ice. If the curve is too big, the puck boomerangs out. Analyze your child’s stick and don’t be caught up in the trap of buying the most expensive stick as it not necessarily will be the right stick for your youth player. If your child can’t handle the puck or catch a pass, stick lie and curve are usually the culprit. Go to your local hockey store expert and have a discussion with them on which stick is best for your child.
Goalies:
You need to be more vocal in the defensive zone and also more aggressive. Come out of your crease, cut down angles and challenge shooters. You have to read the situation properly. If the puck has been in your end for a while, get a whistle. Learn to make the first save and be steady. The spectacular save is nice but I like a consistent goalie that is reliable to make the first save and control rebounds.
Have a great Play-off season and best of luck in tryouts,
Regards,