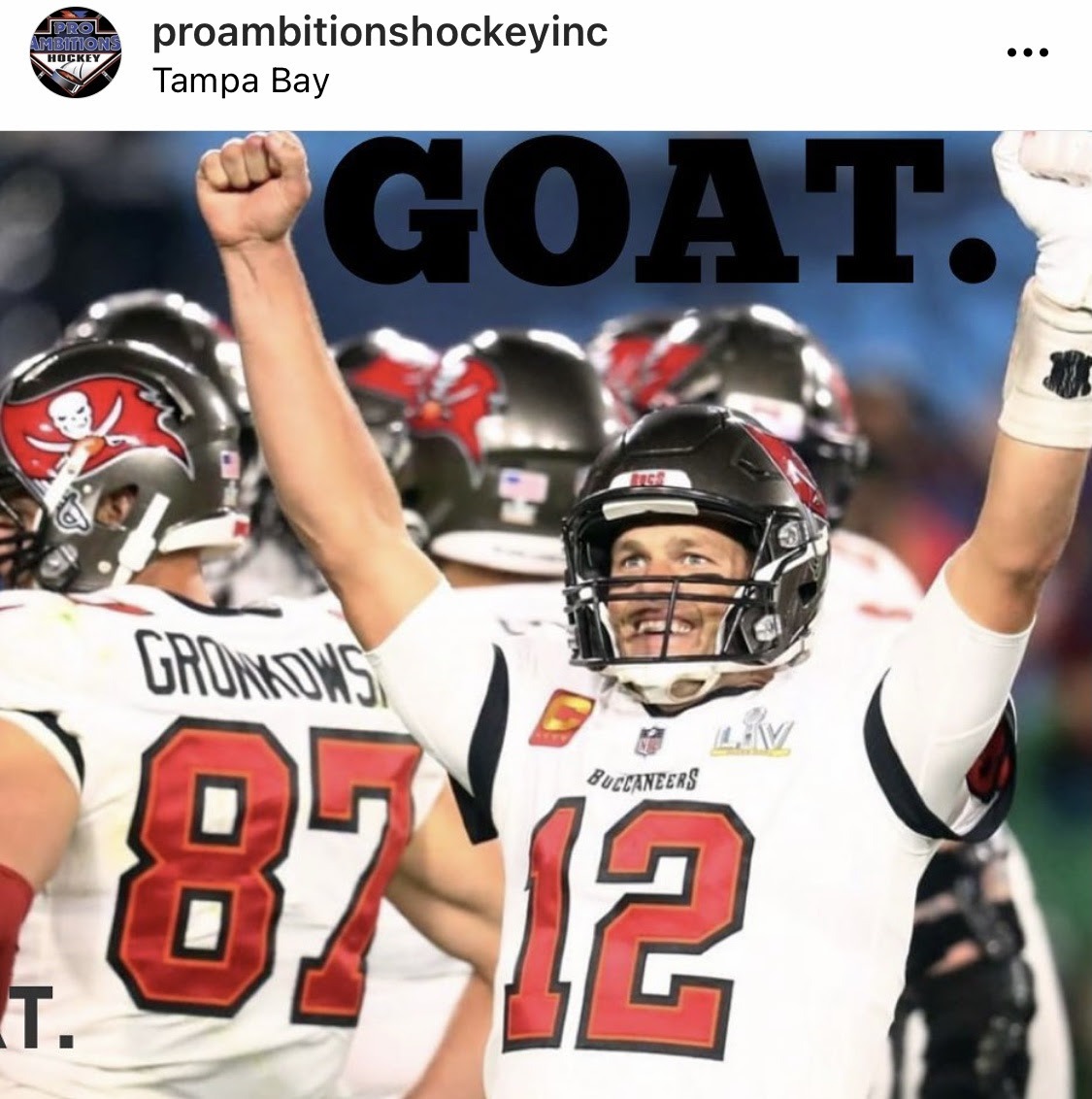 1. “Too often in life, something happens and we blame other people for us not being happy or satisfied or fulfilled. So the point is, we all have choices, and we make the choice to accept people or situations or to not accept situations.” – Tom Brady

2. “A lot of times I find that people who are blessed with the most talent don’t ever develop that attitude, and the ones who aren’t blessed in that way are the most competitive and have the biggest heart.” – Tom Brady

3. “I think that at the start of a game, you’re always playing to win, and then maybe if you’re ahead late in the game, you start playing not to lose. The true competitors, though, are the ones who always play to win.” – Tom Brady

4. “You wanna know which ring is my favorite? The next one.” – Tom Brady

7. “My job is to play quarterback and I’m going to do that the best way I know how because I owe that to my teammates regardless or who is out there on the field with me.” – Tom Brady

11. “Maybe some people can wake up and play playstation all day, but that’s never been me.” – Tom Brady

12. “I’m not a person who defends myself very often. I kind of let my actions speak for me.” – Tom Brady

13. “I don’t want to wake up and be bored. That’s probably my greatest fear is to have nothing to do. What better job is there than to play quarterback for an NFL team, and certainly one that I’ve been on for a long time and had success with? I don’t plan on giving it up any time soon.” – Tom Brady

14. “Life is not living in the suburbs with a white picket fence. That’s not life. Somehow our American culture has made it out that that’s what life needs to be – and that if it’s not that, it’s all screwed up. It’s not.” – Tom Brady

16. “Every quarterback can throw a ball; every running back can run; every receiver is fast; but that mental toughness that you talk about translates into competitiveness.” – Tom Brady

17. “We all have experiences in our lives that change us, and we all learn from people, like my dad, but at the end of the day, it’s only us. And we’re only responsible to make ourselves happy.” – Tom Brady

18. “To me, football is so much about mental toughness, it’s digging deep, it’s doing whatever you need to do to help a team win and that comes in a lot of shapes and forms.” – Tom Brady

19. “I’m never going to be fast, and nobody will ever mistake me for being fast.” – Tom Brady

20. “I’m not really concerned with portraying this tough warrior – I mean, that’s part of my job and I take that very seriously. But I don’t have anything to hide, and I’m not concerned with what people think.” – Tom Brady

21. “Nothing surprises me anymore in the NFL.” – Tom Brady

22. “The only thing I ever wanted to be was a professional football player.” – Tom Brady

23. “People want to go out and travel around and meet cool people. I could just go live in Vermont, but is that what I really want?” – Tom Brady

24. “When I’m out on the football field, I have so much confidence in what I’m doing.” – Tom Brady

25. “To me, if you’re trying to impress a girl, get a date, they’re gonna like that more because you’re a confident guy. That’s what it comes down to.” – Tom Brady

27. “I always try to do as much as I can do. I’m never a person that does not enough, because I’d regret not doing enough and think I probably could have done more. I probably go too far and have to reel myself back in, which works in some things, and other things it doesn’t work.” – Tom Brady

28th Tom Brady Quote –“If I have something to say, I want it to be meaningful.” – Tom Brady

29. “You never get over losses. I’ve never gotten over one loss I’ve had in my career. They always stick with me.” – Tom Brady

30. “I think any man who lets a woman pick what he should wear… I mean, you gotta draw the line somewhere as a man. I see these guys, ‘My wife told me to wear this!’ And I just shake my head.” – Tom Brady

31. “After the first day of practice, there’s not one guy who’s playing at 100 percent or who feels great. Sometimes, getting up in the morning and brushing your teeth is the hardest part of the day – it just hurts.” – Tom Brady

32. “I think the running game is very important to every offense. Being balanced is extremely important. There’s times where you have to throw the ball. You could be down late in the game, you need to come back; you have to be able to pass it when they know you’re passing it.” – Tom Brady

33. “I think I have a certain respect for people, you know. And I guess a lot of times I expect that respect to go both ways.” – Tom Brady

35. “Every man should know, if you’re comfortable and you like it, you should do it. Everyone always worries about what the girls think, what the guys think. If you like it, do it.” – Tom Brady

36. “Mentally, the only players who survive in the pros are the ones able to manage all their responsibilities. Everybody struggles in different ways.” – Tom Brady

37. “If you’re a quarterback, you want everything on your shoulders. You want to be the one to make the decisions.” – Tom Brady

38. “I’ve had just about everything punched. I’ve had things grabbed that just shouldn’t be grabbed.“ – Tom Brady

39. “I have a memory, and I can just eliminate mistakes when they come up because I’ve already made them.” – Tom Brady

40. “I play a complicated position in an intensely team-oriented game.” – Tom Brady

41. “There are times when you throw an interception and you’re beating yourself up.” – Tom Brady

42. “If someone lies, well, you had a choice to trust that person or not. I think the way my father raised me, well, he trusted everybody. And that worked for him.” – Tom Brady

44. “You know, watching Dan Marino and Steve Young get nominated to the Hall of Fame… those guys are unbelievable and they did it for so long. I’d love to play like those guys, but there’s still a long way to go and a lot of growing. “ – Tom Brady

45. “I’m much more comfortable and confident running out on the field in front of 70,000 people instead of standing in front of a camera trying to say some lines. The people who do that as a profession are very talented because it’s certainly not easy.” – Tom Brady